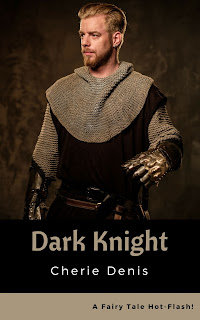 With rumors of hostilities with the human lands swirling around the Three Kingdoms, General Damiano is reluctant to take the vacation that the King insists he needs. But he must obey a direct order, so he, his horse, and his owl ride off into the sunset, or to the Bordertree Forest, which is closer. Bordertree protects the barrier between the Kingdom of Caul and the mysterious fairy lands, and Damiano hopes he’ll be left alone in the remote province until he can return to work.

He is a simple soldier and has never met a fairy, much less fallen in love with one. Or has he?

This completely new story is the fourth a series of sexy, silly fairy tales! This one practically FLIES off the page (because the heroine has wings!).

Other places you can find Cherie online: